This post was written for the ANZA cycling club weekly blog, the RTI, back in July, which can be found here.

Our esteemed RTI editors asked me to write a race report after taking part in the Tri-Factor Bike race on Sunday, the second installment of this year’s Tri-Factor series.

This is all well and good. Except:

1. What?
Straight up, crit-style, all-out bike race. I did the 35km distance race, so 5 laps of 7kms each (there were also options of 56km or 21km – when signing up I decided to ‘man up’ a bit, but as this was a first attempt, I thought I’d leave the 56km ‘race report’ for the big boys)

2. Where?
The course was set out around Republic Avenue and Nicoll Highway (a much more interesting route than up and down Changi airport road in my opinion – for spectators and competitors alike!), though the crazy configuration did mean there were 4 U-turns per lap. More on that later….

4. How?
With a ‘peloton’ of only three laydeeeeez we had a rolling speed of between 35-40kph (girl power!), but with those four tight U-turns, that turned into an average of about 34kph over the race (we won’t be breaking any records, but dammit its hard work when there’s just three of you!)

5. Why?
Well, this bike race malarkey turned out to be damn good fun, the winner’s loot was pretty good (a podium jersey, a tri bag, a water bottle and a medal – awesome, I can stop stealing G’s kit bags now!) and, as we were flagged off at 6:35am, even after waiting for the podium I was home by 9am for breakfast and a nap! WIN WIN WIN!

So for those of you that haven’t already skipped to the next story….

The laydeez out at the front..Yup, there we are again…

The course lay-out was fun and kept it interesting for the five laps: up and over the bridge on Nicoll Highway twice, and up and down Crawford Road, meant there were three ‘climbs’ (well, not really) per lap. There were also…

(The G-man, showing his support for TEAM RONDY! And also taking selfies…we were obviously too slow to keep him sufficiently occupied…)

What have I learnt?

Action shot from the Cheerleader – if I’m sticking my tongue out I must’ve been enjoying myself!

Whoop whoop! Whoever said there’s no prizes for second place?!
Posted by Unknown at 09:09 No comments:

Diary of a Cycling Widow 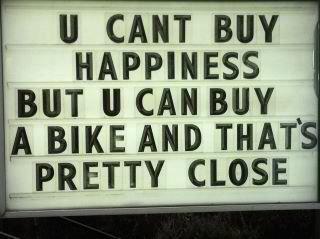 Follow the uphills and downhills of a cycle-life less celebrated: the woman on the otherside of the handlebars...